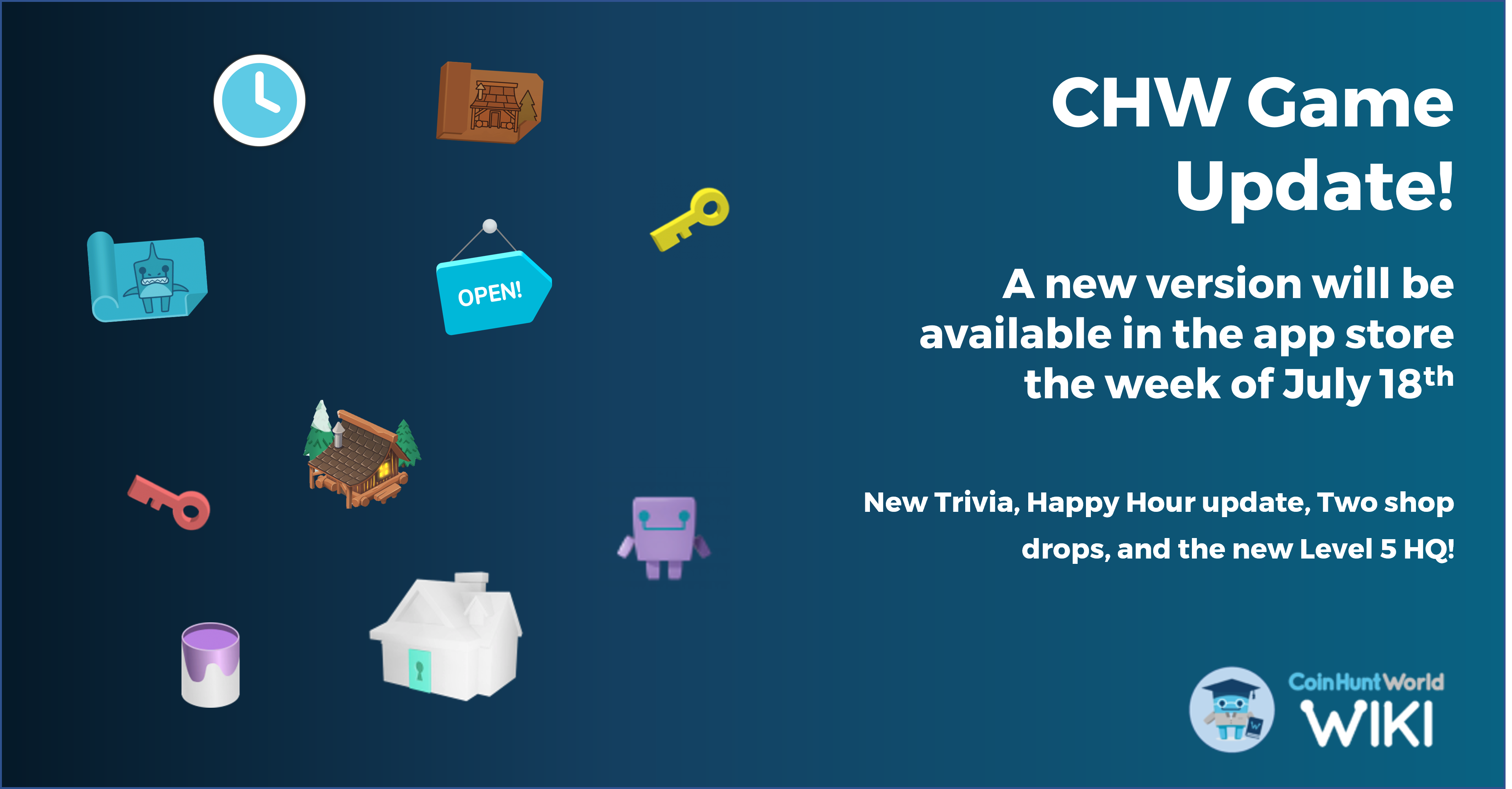 The biggest change to trivia is that there will only be 10 possible categories per month. This is an incredible boost for your chances of scoring the HH category during Happy Hour.

Hunters will see some Trivia Categories leaving the game as Coin Hunt World cleans up its categories. Illusionweaver mentioned that Films Trivia and Cinema Trivia would be combined. It follows that we may see something similar for Sports Trivia and Sport (US) Trivia and possibly Celebrity and Entertainment. Could this also mean the end for the elusive General Knowledge Trivia? We’ll soon find out!

Included in this Trivia Update is an update to Happy Hour! Spanish and English Happy Hour will differ in both time and category, totally separating the two. This may allow bilingual hunters to double dip happy hour if they have their phone in the right language at the right time (and if an update doesn’t patch this).

HQ Level 5 is coming, but what does it mean exactly?

Considering there was no mention of Signal Towers at all in HL5, it looks like this update is a cosmetic one. You can equip the HQ Skins you may or may not have, but you won’t see any new features associated with this update. That being said, this won’t be a cheap upgrade; for a Level 5 HQ you will need to spend 500 Purple Paint and 100,000 Resin while equipping a Purple Cubie.

The contest has huge rewards and takes place in four of the Facebook Groups. Go there for details starting July 18th

This is an interesting contest because the members of the Facebook groups are encouraged to join the main Discord channel, but involving such a huge community is a great way to draw new players to the game.

View posts by ZiggyG
Check out ZiggyG's player page on the wiki!