The Coin Hunt World Architect Cubie Blueprint was created for the first ever Anniversary Event.. 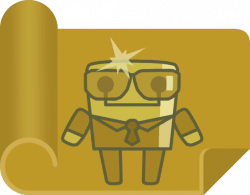 Architect Cubie on February 14, 2022. Printed on a live stream by

Zach about 5 months after he got the blueprint. It took him that long to collect enough resources to print the first cubie.

The first Legendary Cubie blueprint was added to the

Blue Keys which is equivalent to 2

Purple Keys. There is only 1

Cubie Blueprint per legendary cubie in the game. The

Architect Cubie, and all other future legendary cubies, have a Passive Bonus. The Architect's bonus is a 10% boost on resin rewards from

Resource Boxes. Only the owner will see the passive bonus and can either keep it a secret or share with the community.

At the time it was released, there were only a handful of players with enough keys to be able to bid on this blueprint.

The first Architect Cubie was printed by

Zach several months after he obtained the blueprint. Another was printed in July 2022 and put up on the

Auction House. It was purchased by ExcaliburII7 for 15,000