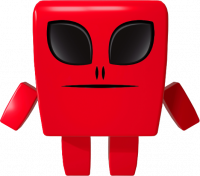 Beardy is a hunter from Ottawa, Ontario, Canada and has been playing Coin Hunt World since January 1st, 2021.

Pizza Cubie on February 25, 2022. The print happened 5 minutes after the cubie was released in the

Beardy was a guest on