During the Chinese New Year Event 2022 the first 5 players in each country to complete the entire Quest received an in-game NFT Blueprint which can be exchanged for an NFT outside the game.

Illusionweaver the NFT includes unreleased art & cubies that ended up on the cutting floor, and signatures of the team that worked on the Chinese New Year Event Quest!

Auction House) is "CHW behind the scenes #2"

The players who received this NFT are:

This is the in game NFT Blueprint which represents the actual NFT:

And here is an image of the NFT: 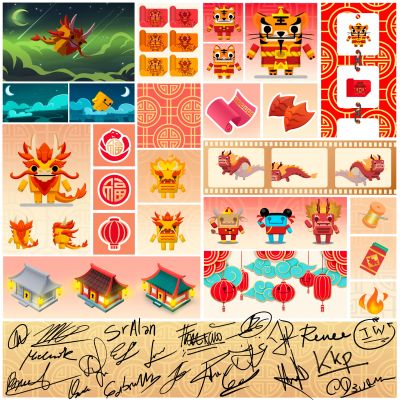