How to leave Beta Version on Android

Coin Hunt World has a officially released game on Android in the Google Play Store. If you want to leave a review as a beta tester, you have to leave the beta and install the released game. This is not necessary, you can keep playing the beta version for now if you want. 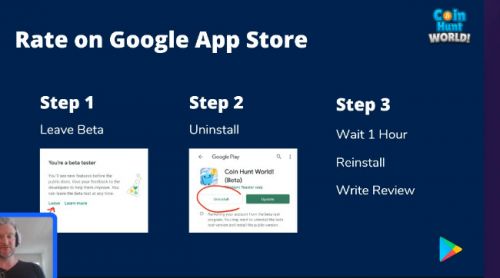