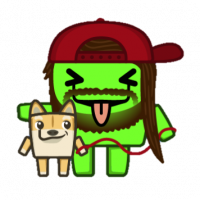 Jrnightingale is a very active Canadian Coin Hunt World Player who seemingly out of nowhere blew away all competition in the month of September including the one and only BlocBoi. As of late, he has quickly become one of the most prominent and well known players in the game by breaking records and blowing competition (if we can call it that) out of the water.

Account was created at the start of June, initially I didn't play to much but started to get more into it a week or 2 later, basically the same week the OG blueprint was released. Just in the nick of time. By the end of June I had all my UV's placed and activated.

I was originally born in Mississauga Ontario but moved all around the Greater Toronto Area for the first 19 years of my life, I have since moved to Victoria, British Columbia which is where I hunt and resided for the past 9 years. It's a beautiful little island off the mainland of Vancouver and I encourage anyone to check it out if you haven't already.

Where do you Hunt:

My Main hunting grounds are in Victoria, BC. Some of my favourite clusters of UV's to hunt are on Dallas Rd which eventually leads me into our downtown core/Wharf St. where there is beautiful view of the ocean, tons of tourists spots, and Victoria's very well known Parliament building. Victoria in comparison is not a huge city so in reality I clear out not only Victoria as a whole but all the nearby municipalities.

Why did you start playing CHW:

It was somewhat just a fluke, I've always been into crypto and anything related to it. I was in a crypto related discord for traders/enthusiasts (Crypto Tribez) and the individual who started that send me the link to C.H.W. He told me that people where earning a decent buck playing, so after a few weeks of it sitting on my homepage I decided to give it a go and here we are. I think it was "momlovesu" that quoted "started for the crypto but stayed for the game". That’s very true for myself, I really love the game for itself at this point and the crypto has become a side bonus.

Honestly I just love everything about it, I think first and foremost the community itself. The discord channel is entertaining/engaging and just a great place to chat with like-minded people, despite everyone coming from very different walks of life. I love that it’s a geolocation game that doesn't have me sitting on my couch all day, I really try and excel in every aspect of this game, I want the NFT prints, I want keys, and I want crypto so I'm constantly just super engaged trying to balance it all out.

What is your favourite vault location:

I'd have to decide between a couple, but I think my favourite is one of the vaults on Dallas rd. The Dallas line is not only extremely fruitful to hit as it has grown to close to 100 UV's but the area is extremely beautiful. It’s a walkway running parallel to the ocean and you can see all the mountains in Washington along the whole route. I had a big part in the creation and dozer fill up of the Dallas line so it holds a special spot in my heart and I’ll wake up each morning and go watch the sunrise while collecting all the goodies the Dallas line offers. I only have one personal UV at what was originally the start of the Dallas line which is at Dallas Rd and Oswego St. so that would have to be my favourite.

How do you see the game in the future:

I mean it’s pretty apparent that this game has the potential to be one of the most popular apps that exists, look at Pokemon Go with 632 million downloads, except this is better and excels in pretty much every imaginable way. I live in a 1st world country where currency is stable and I'm very blessed for that but this isn't the case for many. I enjoy playing because it’s fun and I can make some crypto bucks and earn keys and "turkey cubies" while going about my daily errands but I don't think a lot of people understand the impact this can have for these other countries where currency is inflated. It really does have the potential to change lives in other parts of the world, and if that could be done simultaneously with fun community driven game it sounds like a win-win for everyone.

What would you add or change to the game:

I mean honestly I think the devs are really onto so many creative routes that we couldn't even imagine when we are talking about this game. I’d really like to see some mini games/quests come into play that when completed came with extra rewards. The monoliths in the elemental invasion where somewhat of a taste of that which connected my community of hunters. I think along with a lot of people I’d love to see some stats, I hunt a lot and it would be nice to see how many vaults I opened, how many keys I collected, how much crypto in a day etc. On that note I love that the leaderboards don't show points as the month develops because it brings excitement to the leaderboards but it would be cool if they shared the total points with everyone once the month was complete so people could see where they were sitting. I also think a cool addition would be to add a reward, such as a green key, for signing up and connecting a discord account. As I mentioned one of my favourite parts of the game is community and I’m pretty sure something like 90% of players aren't experiencing that aspect of the game through the discord. When I was recruiting players for the Dallas line I would add players through their UV names but then would quickly have to unfriend them once I saw their discord wasn't connected, so I don't get fried on a Buddy Quest. Some of the players I connected with where somewhat lost on how to play certain aspects of the game even though they had already been playing for a couple months, this process would be accelerated if people where incentivized to connect with the community.

Fire Cubie on September 11, 2021. This was the first time a "first to print" happened after a player used the

Auction House to obtain some of the necessary items.

Jrnightingale reported buying 200 of the required 3000

Fire Crystals from the

Jrnightingale was a guest on