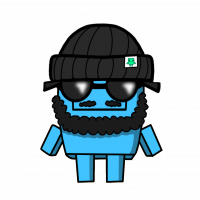 Kevostrings is known for his hilarious Memes.

Started Playing: Kevostrings started playing during the Hawaii Special Event on May 4th, 2021.

Resin to the Prince's Island Park

Hometown: He plays in Calgary, AB.

After being inspired by Squeamy and his collection of CHW memes, he started to create memes about various aspects of the game. This would result in him creating the Coin Hunt Memes social media pages on Instagram and Twitter. At first, he did not publicly acknowledge that he was the creator of these social media accounts, which would create a mystery around who exactly was running these accounts.

BlocBoi would often question and ask his live-stream audience who the creator of the account was.

BlocBoi also nicknamed him, "The Batman" because of the anonymity surrounding the identity of the creator. Unfortunately, this was short-lived as various players started to find clues about who exactly was making this content.

Now, that it is publicly known that Kevostrings is the meme-man, he often helps out and collaborates with fellow hunters when creating content.

Minel, Posp and other players will often reach out to him for his meme magic - with Kevostrings usually responding with "I'll see what I can do"

Kevostrings has been featured in the Coin Hunt World Newsletter four times under the "Meme of the Week" section.

Marshaller Cubie on September 9, 2022. This print happend exactly 4 hours after the event started, which was the earliest possible moment it could be printed due to the constrains of the Quest Chain.

You can find all of his Coin Hunt World memes on: