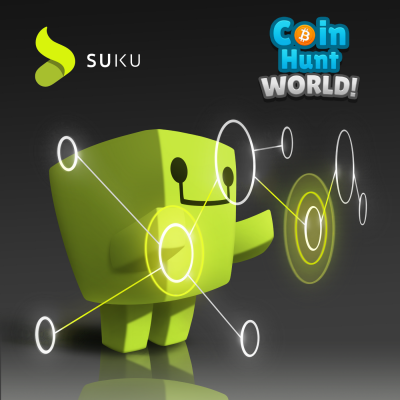 The Coin Hunt World Suku Event results from a partnership between CoinHuntWorld and Suku.

The event was first announced on January 3rd 2022 as an article on the official CoinHuntWorld Medium.

The event was then brought back in an announcement on March 15th 2022 as an article on the official CoinHuntWorld Medium.

The event features one special cubie and cubie blueprint, the

At the end of the event, there were a total of 168

Suku Cubie blueprints distributed to players. After the event ended the Coin Hunt World! developers offered a red key to one random winner of a Twitter contest asking players to share screenshots with the hashtag #showoffyourSUKUCubie and the winner was Dpvdpv

47 of the 50 SUKU trivia questions were captured by the community: