Amphy2k, or just Amphy, is a Canadian player from Alberta who has been playing since June 24th, 2021. From the beginning they have been interested in the more technical side of the game, keeping track of data and trying to create tools to help the community gather insight on the game. Currently is a member of the Coin Hunt Wiki team working alongside many others to improve the data available on the Wiki as well as cleaning up Wiki pages.

When Amphy begun, they were rather skeptical of the games claims, playing casually and questioning everything. After around a month of playing they grew to trust the game and loved it. Though shortly after that there was an incident with Testflight that caused them to be kicked from playing the game. This caused a great deal of stress and anger that eventually lead to a justified ban from the CHW Discord.

Even with the issues from Testflight and a ban from the heart of the community, they still had an interest in the game. Eventually managing to get back into Testflight just in time for the 2021 Thanksgiving Event. Playing alone from that point forward.

Anakura, they managed to get permission to rejoin the CHW Discord, with the promise of never speaking. Also receiving the newly made Muted Role. Using this reintroduction to the Discord to get back in touch with the games events.

After rejoining, they just watched the community from the side, still keeping tabs of data and community events and conversing with many of the more well known names in the community behind the scenes.

Eventually they decided to emerge from the background and joined many of the community Discords. Soon discovering the data from the Wiki and using that to construct their own tools to better understand the technical details of the game.

They released their World of Tools on August 22nd, 2022. Allowing all users to try out the large array of helpful tools they have developed all this time. Constantly updating it with more features and up-to-date information.

Amphy decided instead of just playing an event passively as they have with all previous event, to instead go hard for the

Cubie Air Event. Having the goal to complete the event. They went out everyday and walking for at least 3 hours daily downtown, opening over 600 Vaults during the week. The grind resulting in a late finish of the event, just barely getting enough

Golden Thread to print their

Cubie Air George and complete the event in the final few hours.

Halloween Event 2022 they had a different goal. Knowing that this was the final chance to get their hands on the 3 old Halloween Cubie BPs, they set out to try and collect them all. During the early part of the event they met up with

Fullofdumplins, managing to spawn a Common

Cauldron and getting both Common BP’s on Day 1. The following days were a series of unfortunate luck. Travelling via local transit over 4 hours daily, hunting for Rare and Epic

Cauldrons to get the rest. Opening 3 Epic

Cauldrons, one of which they spawned, and yet not getting the BP they desired. During the 2nd last day of the Event they met up with 7 other Local Hunters and went to Leduc. Managing to get lucky with a Rare

Cauldron and getting the last of the Rare’s. The final day didn’t result in much until an Epic spawned on the other end of town. With the help of Gooz they got to it and finally got the

Skeleton Cubie BP, completing their goal getting 5 of the 6 BP’s available that Event. Only missing the

Ghost Cubie Blueprint by not having

Halloween Event 2022 and the release of the

Adventure Road, they decided to take an indefinite break from the game and it’s media. Stepping back from the game to try and focus on other their own health and wellness.

On November 4th, 2022, Amphy broke the terms of their muted role on the CHW Discord and posted some genuine feedback and ideas for the devs regarding the newly added Adventure Road. This breaking of the terms lead to a ban shortly after. A screenshot of their final message can be seen on their Twitter Here.

I found the game shortly after getting into Crypto. Discovering the world of Play to Earn and found CHW to be the easiest to understand and get into!

I love how simple yet technical the game can be. It scratches that itch for data I have. Plus encouraging me to get healthy is a great perk!

Are you looking for some tools to help your alongside the game? Easily find out how much all that Resin you have is worth or see what the up-to-date value of your crypto hoard is. All of that and more is found in the World of Tools. Give it a try below! 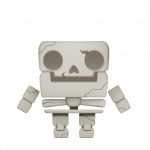 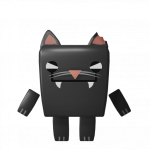 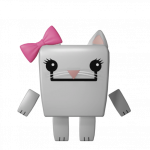 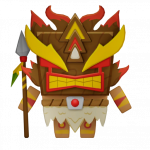 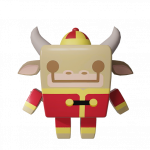