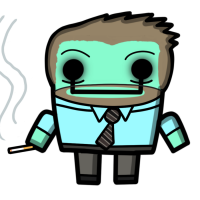 Discord and helping out on every major CHW tool in existence. Quote: "Khag started helping me out on the Wiki a few months ago and is now the backbone dev support for every CHW tool (Wiki, Map, Trivia).

Anakura, MrTurtlesGame and I are very grateful for his considerable effort to help us improve our tools."

Started Playing: Account created mid-June but only played a few days and then stopped. The 4th of July event was when I started and continued to consistently play.

How do you hunt: I have a small loop (15 minutes) in a nearby park that I usually bike, but it's quick to walk or jog as well. Then a larger loop (30-45 minutes) that I usually drive but it is bikeable and I have biked it a few times. I do each of those twice a day, that's about 100 vaults per day. At least once per week I will go outside that loop to stockpile keys or hit more vaults. I'm competing this month so I'm going beyond that loop almost daily at this point.

Why did you start playing CHW: I moved from Harrisburg to Reading in April. It's only an hour, but I had never been to Reading before. I didn't know where things were, I wasn't familiar with the area or how to get from one place to another without GPS. I lived most of my life in Harrisburg, I knew it inside and out, and I've always been good with directions and things like that so to be somewhere new and not know my way around truly felt like I lost a skill. I also didn't know anybody here and I work from home, so I didn't have much reason or opportunity to go out of the house much. I recognized this game as an opportunity to change all of that. I could get out of the house, have something fun to do, and learn the local area.

Despite that reasoning, I lost interest after the first few days of playing because I felt like I was just wandering aimlessly. Then when I was introduced to coinhuntmap.com I realized that I would enjoy using that to plan my hunts. I like maps, driving, and optimization, so planning ahead using the map was challenging but also rewarding. I guess you could say I play because I like being strategic about how I hunt, and I like executing that strategy and I feel good knowing that I'm not just wandering aimlessly from vault to vault, but that a lot of effort went into making sure I was as time-efficient as possible.

What do you like the most about CHW: The community! The tools (the map, wiki, and trivia websites) and the discord and the streamers. This is more than just "the game" it's all the meta that goes along with it that makes it fun. The actual gameplay is just a piece of the puzzle. I enjoy helping with all those tools.

What is your favorite vault location:

Beatsmebydre used to have a

Uservault at the Reading Pagoda. I actually learned about CHW from a

Twitter photo he took there. I didn't get up to that vault but a few times, but it's a great view of Reading. And if I can answer twice, I also really like the crane at the Philadelphia Museum of Art steps because that's where I proposed to my wife a few years ago. Looking forward to seeing that

How do you see the game in the future: I expect massive growth. It may turn into a "fad" at some point, like Pokemon Go was, where there are a lot of casual players for a few weeks or months. That growth should lead to CHW becoming the marketing platform that the developers want it to be. Corporate sponsors will be paying to add vaults to their stores or advertise their brand with trivia or mini games at vaults. New cryptocurrencies will be fighting for a chance to be in this game.

What would you change or add to the game: I like statistics and information sharing. I'd love it if they provided in game stats like how many vaults opened or key count over time. I'd also love if that were available on the web rather than just through the app. Imagine sitting down at your PC and pulling up the official game website to check the leaderboard or to check how many vaults you hit in the last 30 days. I think trying to stuff all that information into the game might get clunky, but giving an official web interface showing all that info would be great. It would also be cool if players could share that information publicly with others. Second wish would be a cartographer cubie with a passive buff that mapped for you. When you get home you log onto the website and see a map of everywhere you travelled that day and all the vaults and keys along the way. Basically it would help you build your own coin hunt map.

RNG Cubie on August 13, 2022. This print happened a day and a half after the blueprint dropped for khag. Khag had to buy

White Paint on the

Auction House to make the print.

Khag was a guest on