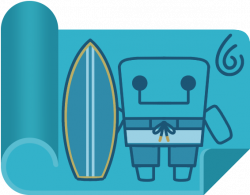 Bitcoin Beach Cubie on March 14, 2022. No player was able to obtain enough resources to print during the first Launch Event. During the second Launch Event, Straughn travelled from the

El Salvador and had enough resources to print within about two days.

Arias031 was the first Salvadorean to print the Bitcoin Beach Cubie on March 15, 2022. He had some resources gathered during the first Launch Event and managed to get enough to print on the third day of the second Launch Event.